Small Sketch of a Furtive Man

From the same Finn Crisp box as the one in the posting below: 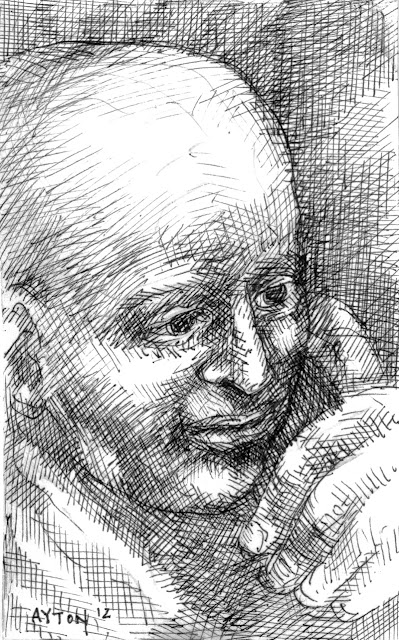 Fragment of a Figure

Small fragment of card (from a Finn Crisp box) with a drawing of a figure, done with a Pilot drawing pen, mostly... 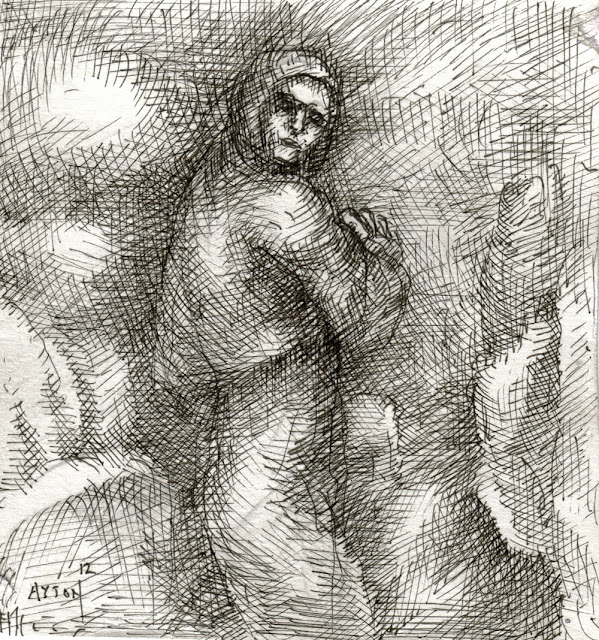 Head from a new sketchbook

I broke open a brand new sketchbook tonight. This is the first page: 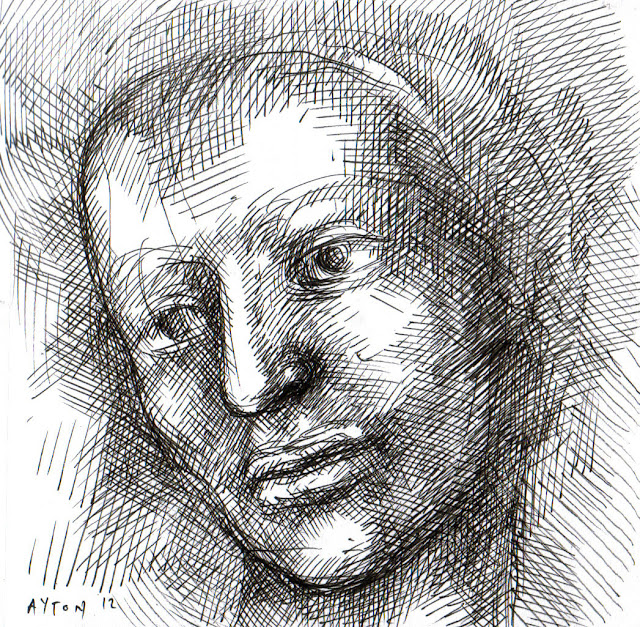 I just had a new photo taken of this painting for a book cover to be published in Italy: 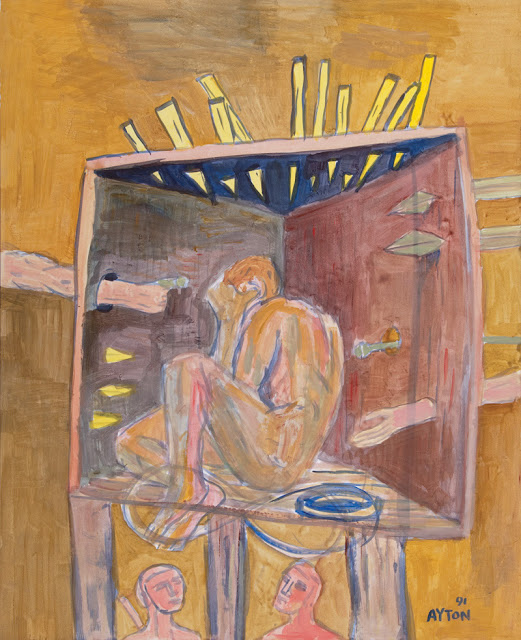 Wire In The Blood

Back in 2007, my "Oedipus" drawing was licensed by an ITV (British TV network) drama series, Wire In The Blood, to appear behind the main character (a psychology lecturer who helps the police solve crimes, as far as I can tell)...at the time I was unable to get to a very clear version of the show, so I couldn't see my drawing very well, in fact it was barely visible. Tonight, I just happened to stumble upon the show on Netflix, so I got a screen grab that is a little better, but you probably wouldn't realize it was my artwork without me telling you...here is the clearest shot I could get: 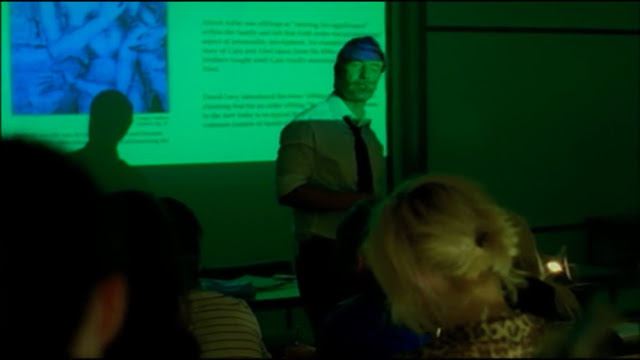 It's not very clear, but you can just about make it out (image copyright Coastal Productions, I think). Here is the actual drawing, from 1992: 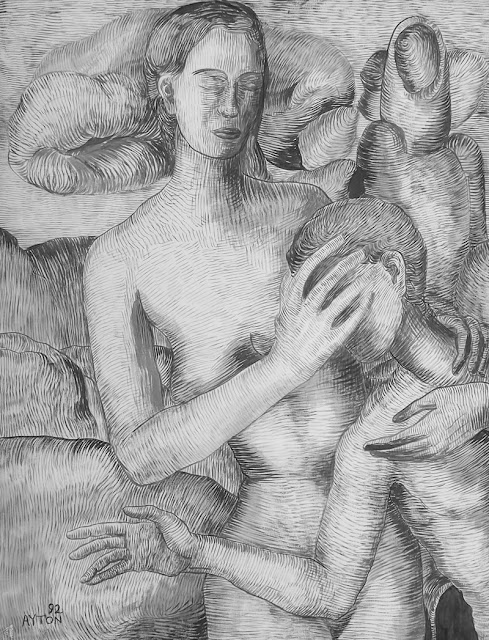