This is a new monochrome acrylic painting (painted over a phthalo green ground) that may be a study for a larger piece. 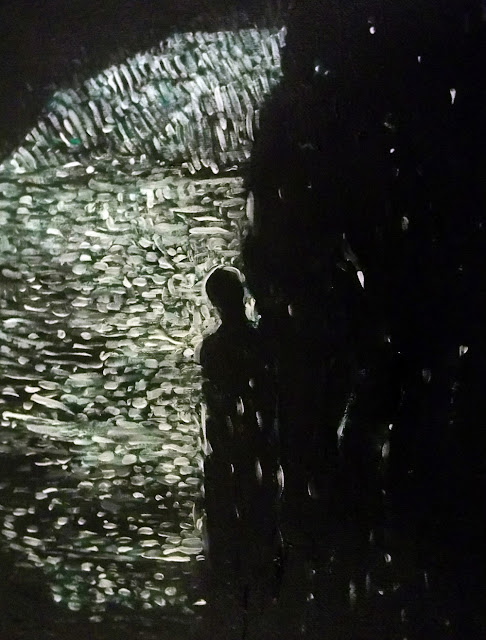 The Ship of Fools

This is a subject that I've treated before in drawing but not as a painting. It came out simpler than I intended, & almost abstract, which I like & perhaps re-opens a door or two in terms of direction. We shall see. Death Sowing His Seed in the World

This tondo painting is in some ways an update to (or related to, at least), my 2005 painting Empire of Death...I find that the tondo (round) format gives me a new perspective on my imagery & subject matter, so I'm tempted to redo all of my themes in circular canvases. This will probably not happen, but I'll most likely do a few like this... 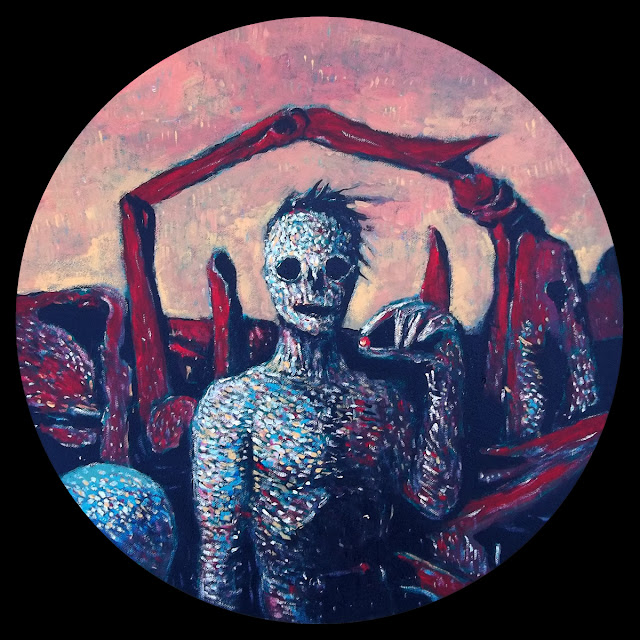 Another variation on Hieronymus Bosch's Tree Man...this is the first time I've painted a version, I believe. 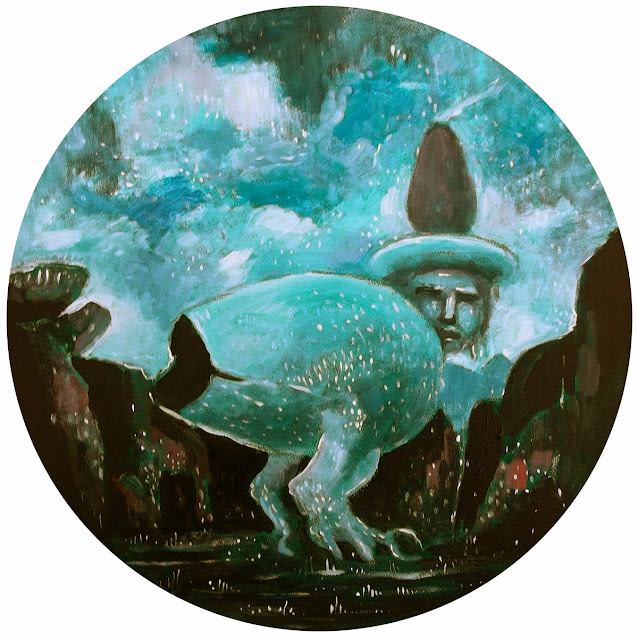 This is a drawing I did for a fundraiser...I'll put up the details of the event here when I have them... 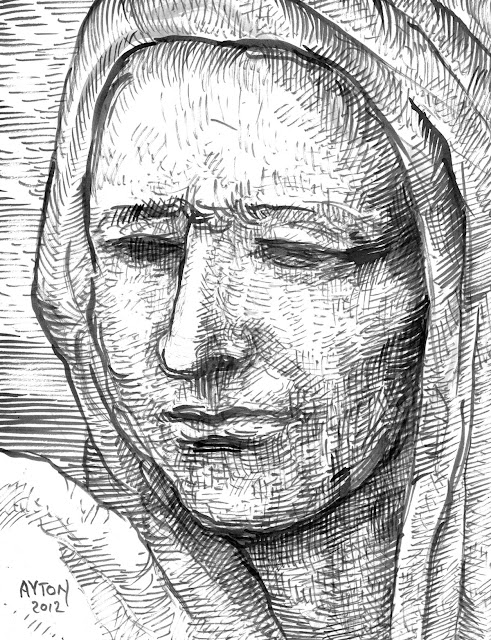 The Angel of the Culvert

This is a collaborative painting with my friend Jim Stevenson. We began it over a year ago, & worked on it for several sessions, but it got put away for a while, especially as Jim moved to a new studio space during this time. It's done in oil on board, which is unusual for me, as I've used acrylic paint almost exclusively for over 10 years. We took it in turns to work on it, so it's difficult if not impossible to distinguish who did what. In the final session, yesterday, at some points we were both painting on the support at the same time, which was a little difficult, as the piece is quite small. 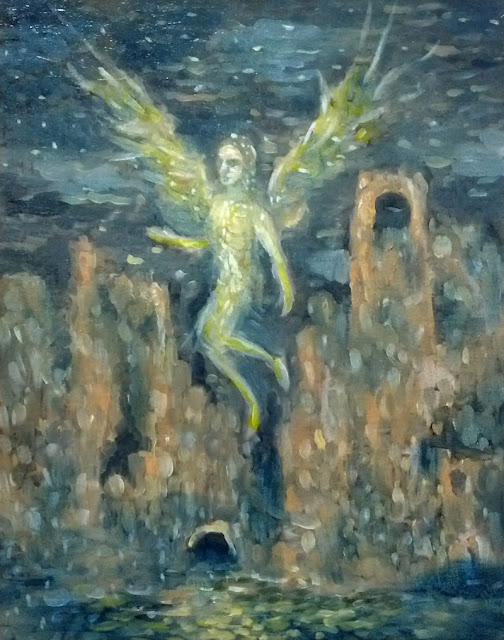