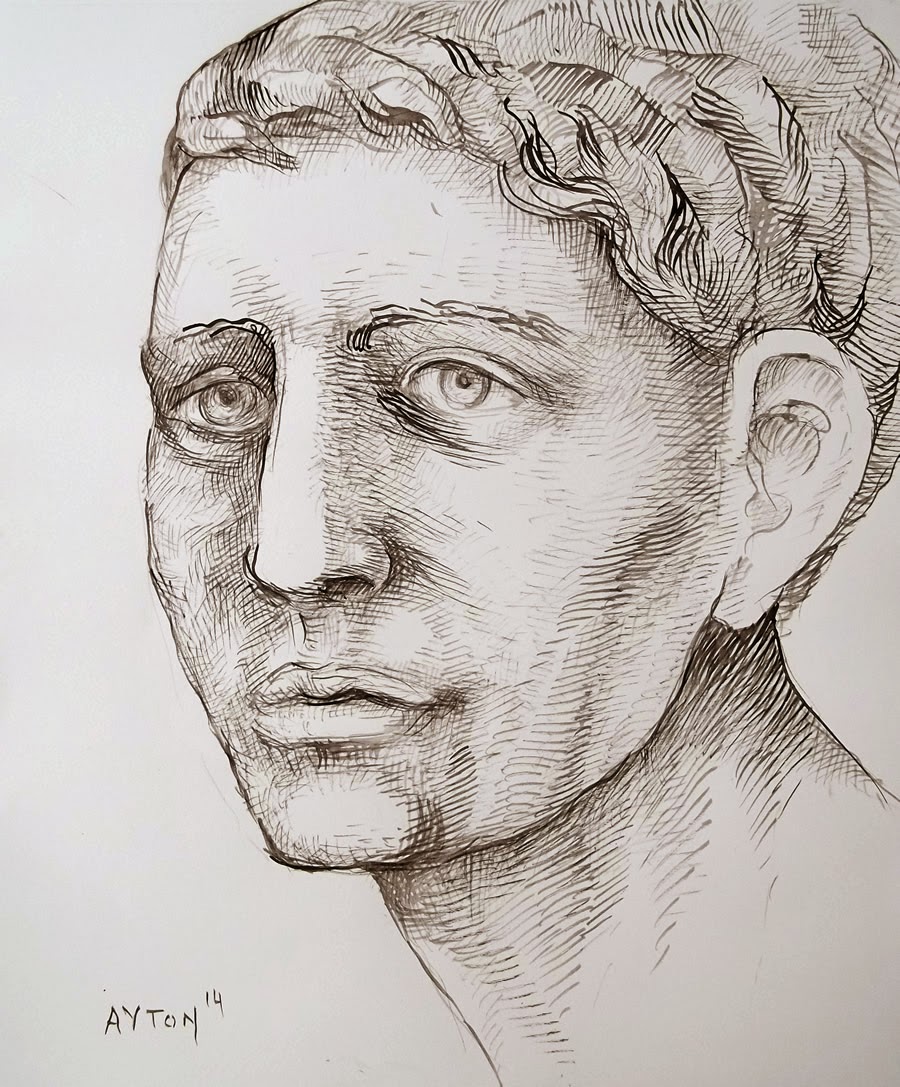 The Return of the Alchemist

I'm not sure that he ever really went away...but here he is again... 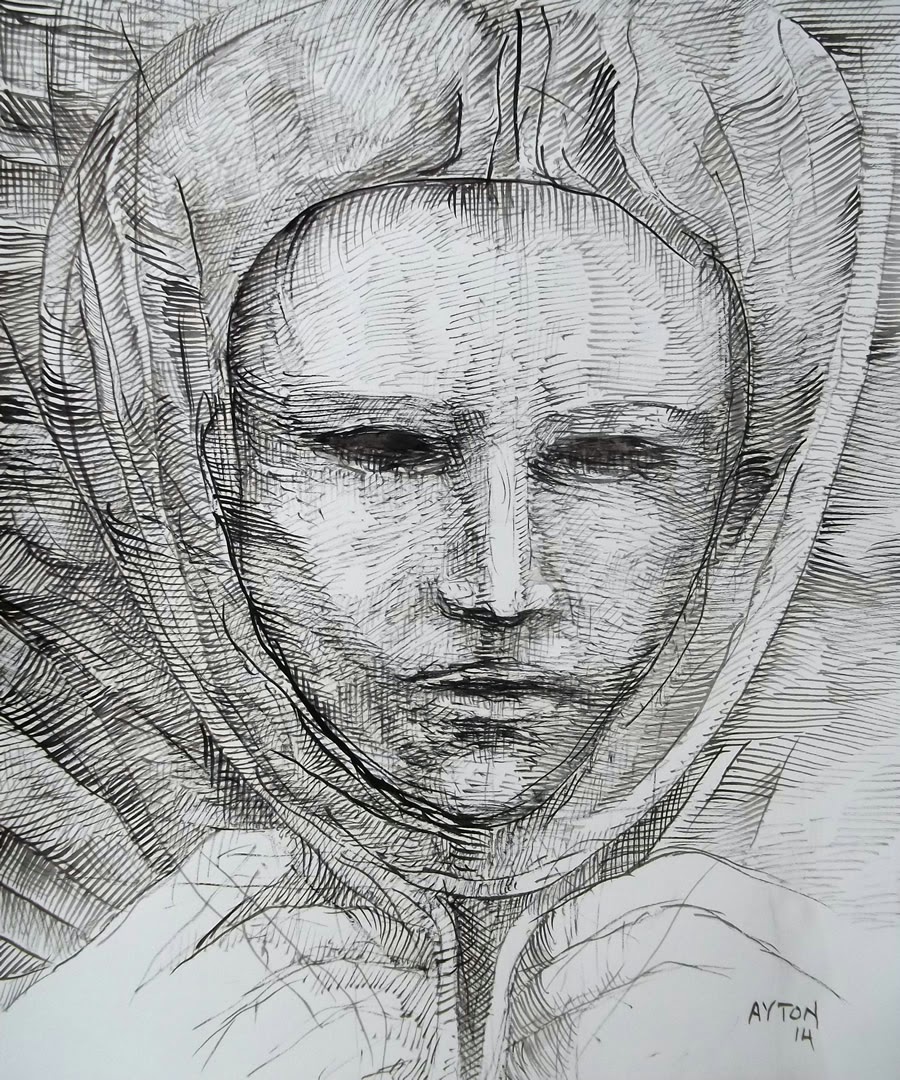 A somewhat iconic small painting of a head breaking the surface of water...a returning... 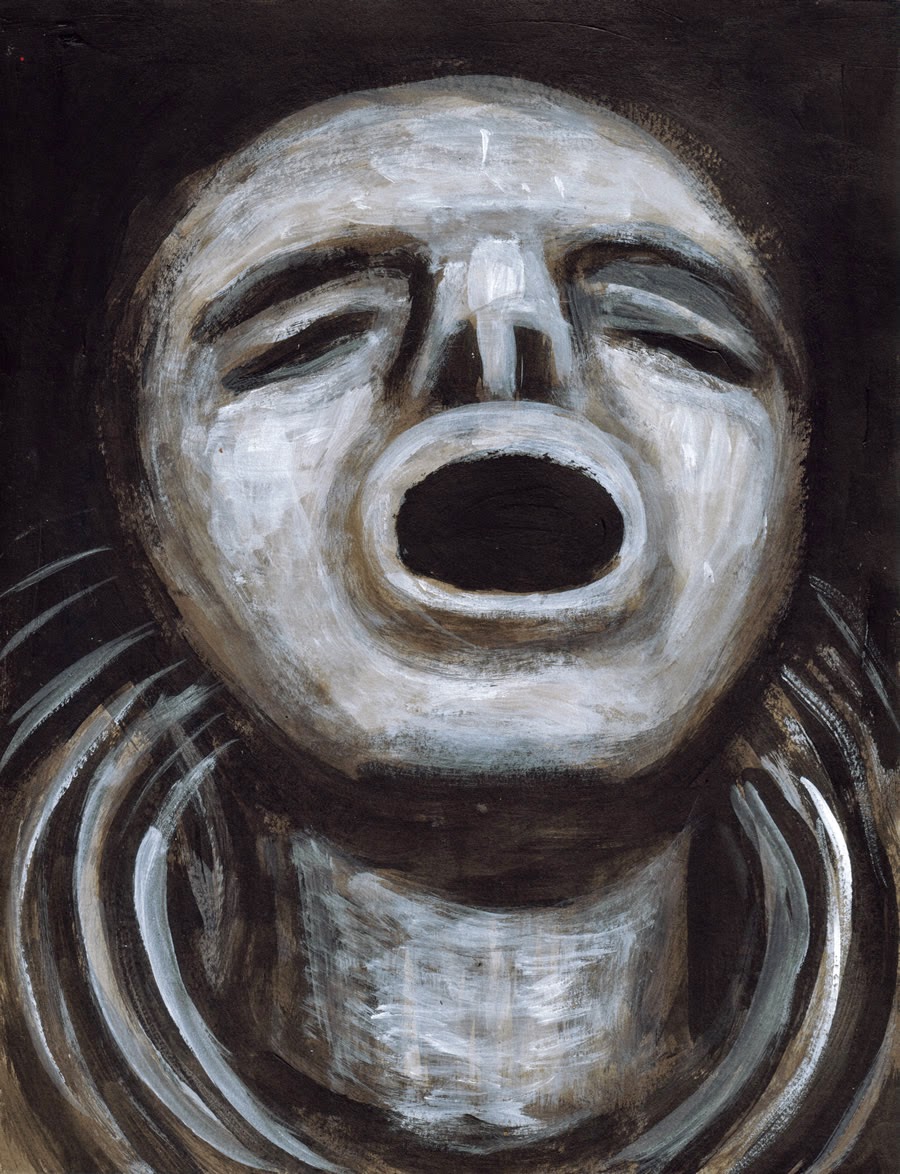 The goddess Ishtar (ancient goddess of fertility, love, war and sex) brought to life in a small painting on card. 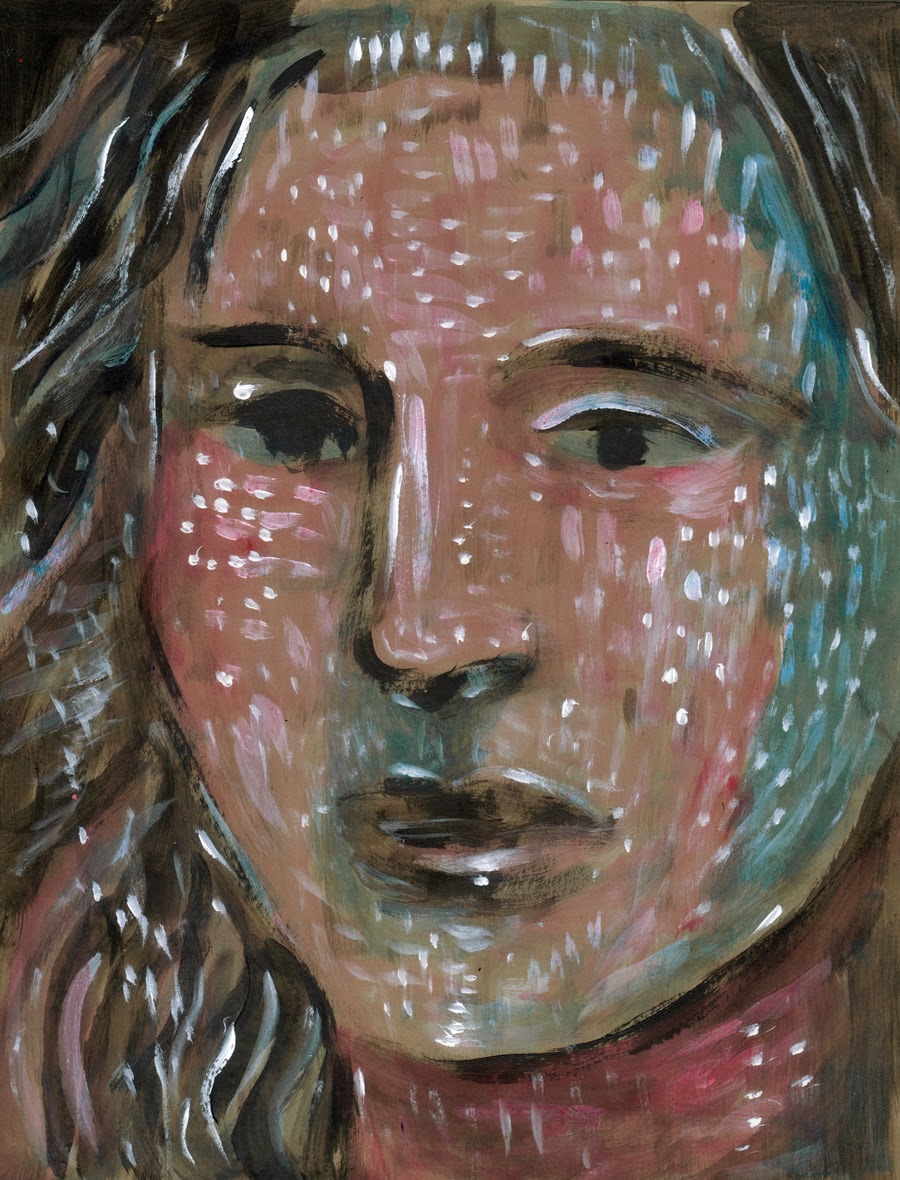 This is a faux woodcut (created digitally in Photoshop) from the recent small painting (see below), Stellar Blue. 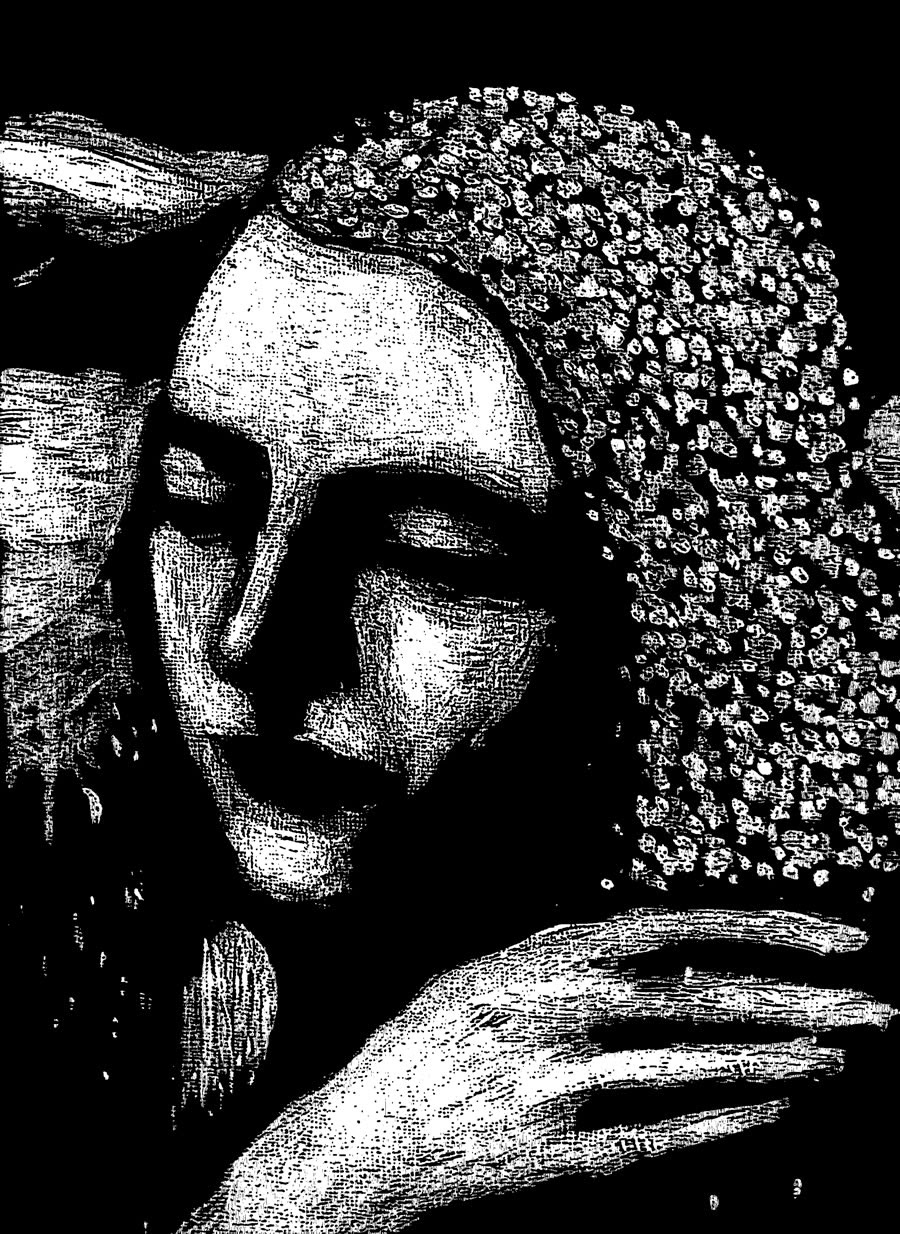 A small painting of a head done on Kraft card stock over an ink drawing of same that wasn't working very well. The extra layers of acrylic (and a little ink) made the difference. 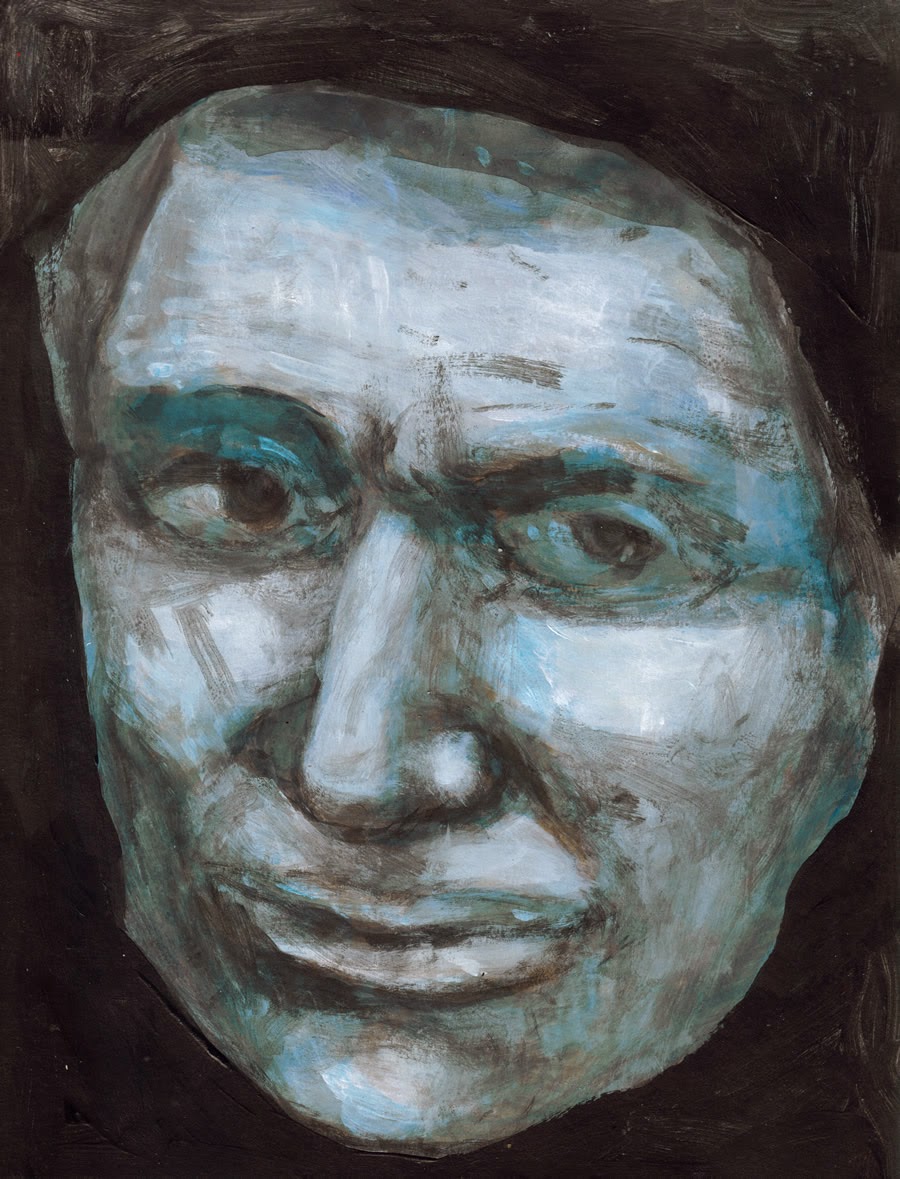 This is another new small acrylic painting where the shapes are silhouettes...it might be a single piece or might be the start of a small series... 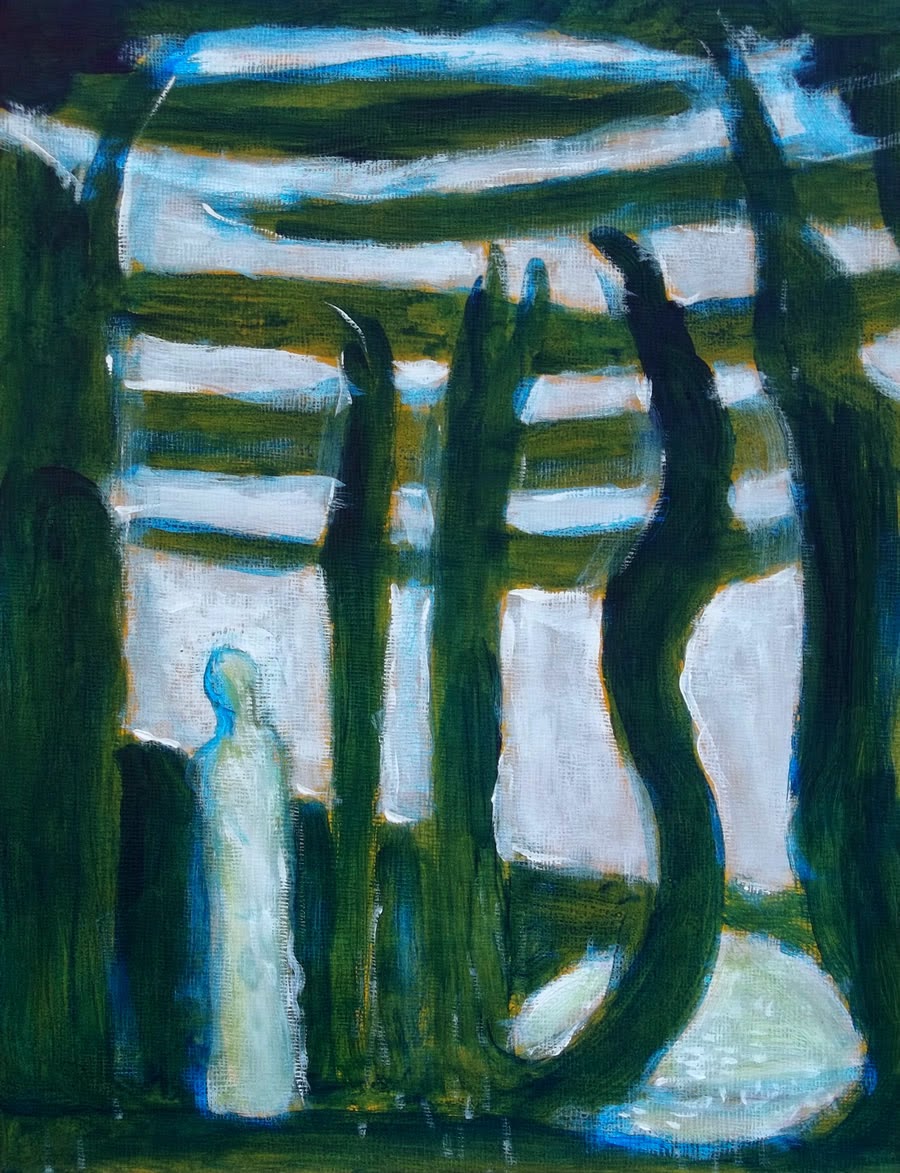 New small painting on board where the woman's hair is made of stars... 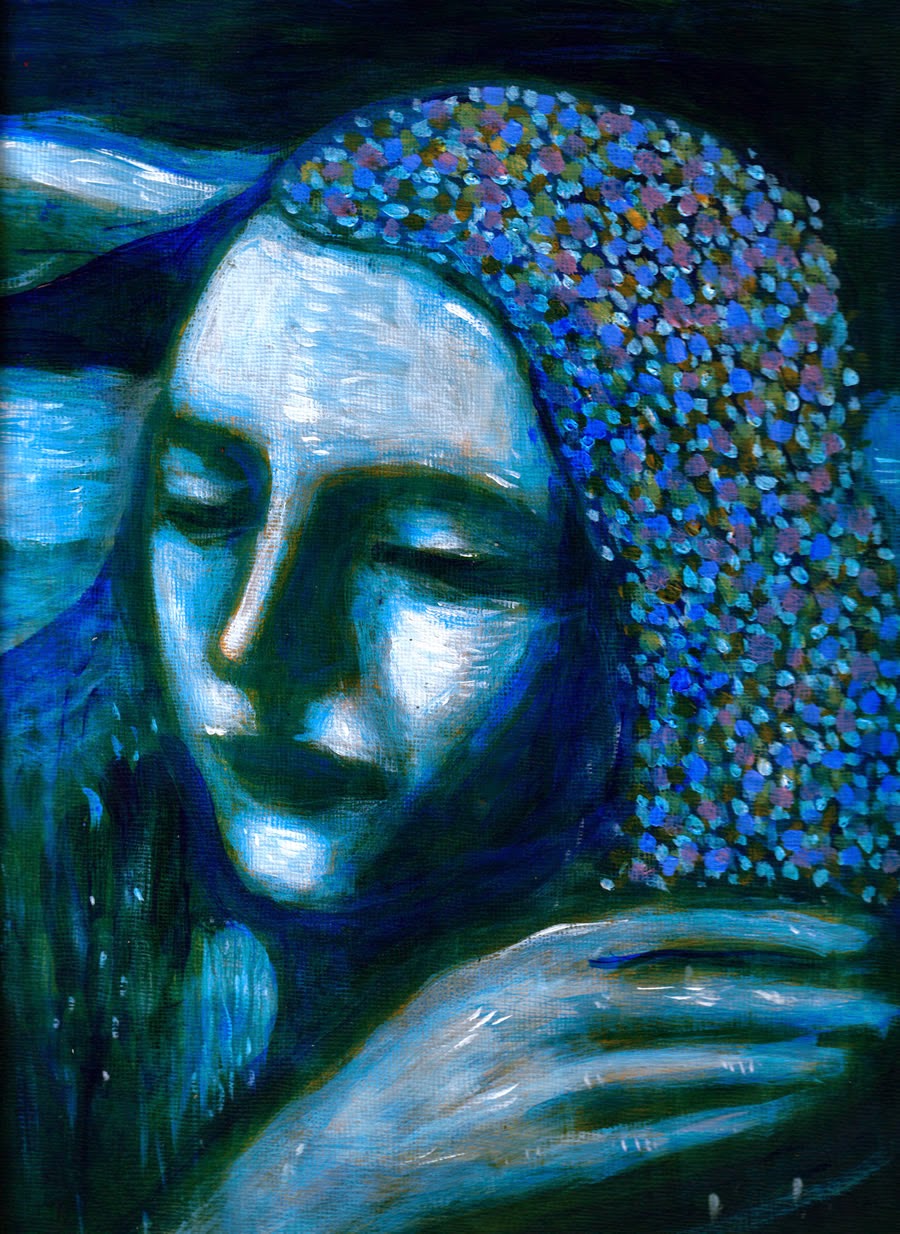 This is an ink drawing based on a small painting I did recently, which in turn was inspired by Fernand Khnopff and Odilon Redon. 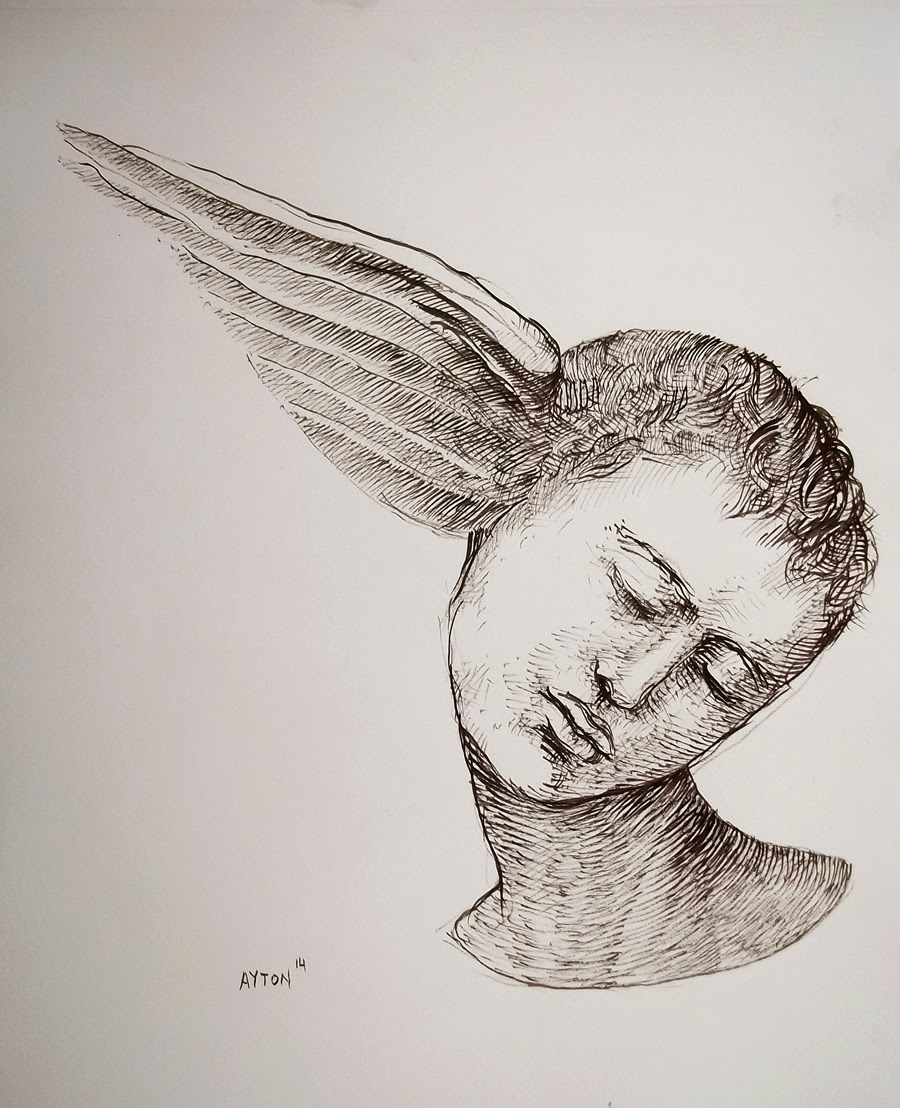 This drawing is in more of a surrealistic vein than most of my recent work...a new (old) direction? 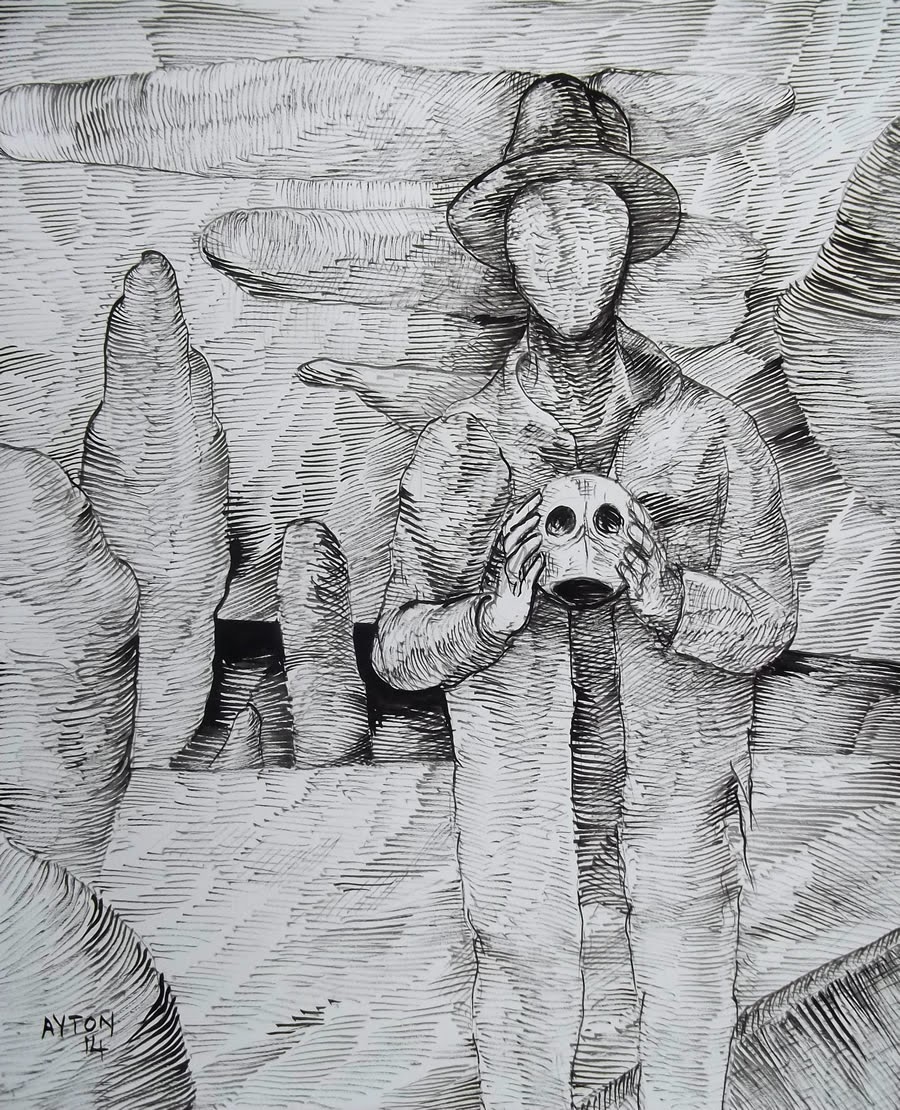 Weaver of Storms and Labyrinths

Something of a return to ink drawing...this one appeared rather organically on the page, with only a vague idea on my part of what was going to happen. 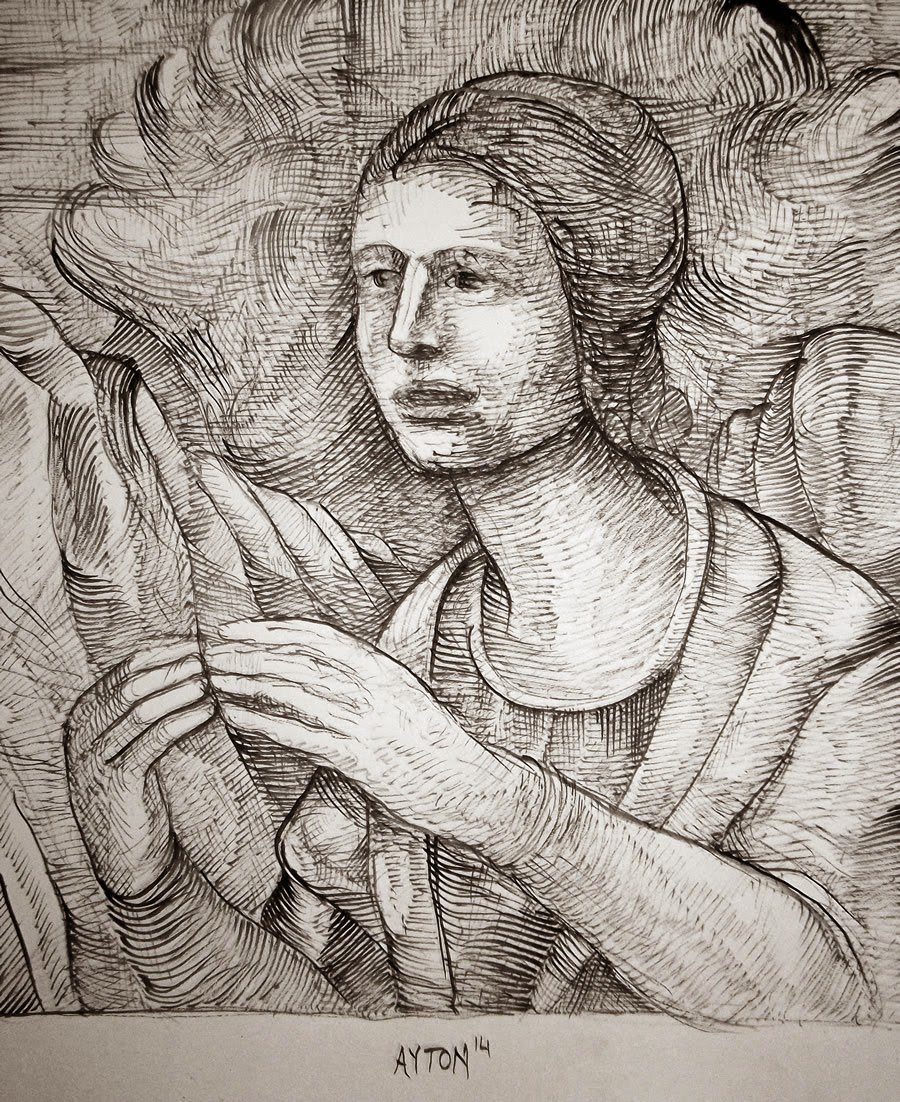 My 2005 pencil study "The Train" which was done for my Holocaust series is now on the cover of Tina Hacker's poetry collection, Listening to Night Whistles, published by Aldrich Press. The drawing had to be darkened & reformatted to work on the cover, as the original drawing was done for the wing of a proposed triptych. I think it works surprisingly well, as the enhanced image reveals all kinds of markmaking in the drawing that I hadn't really noticed before.

I only received my copies of the books yesterday, after a long drive back from a long weekend in Toronto, so I haven't had a chance to actually read the book, though at first glance (& from reading several of Tina's poems beforehand) it seems a very resonant and finely crafted piece. 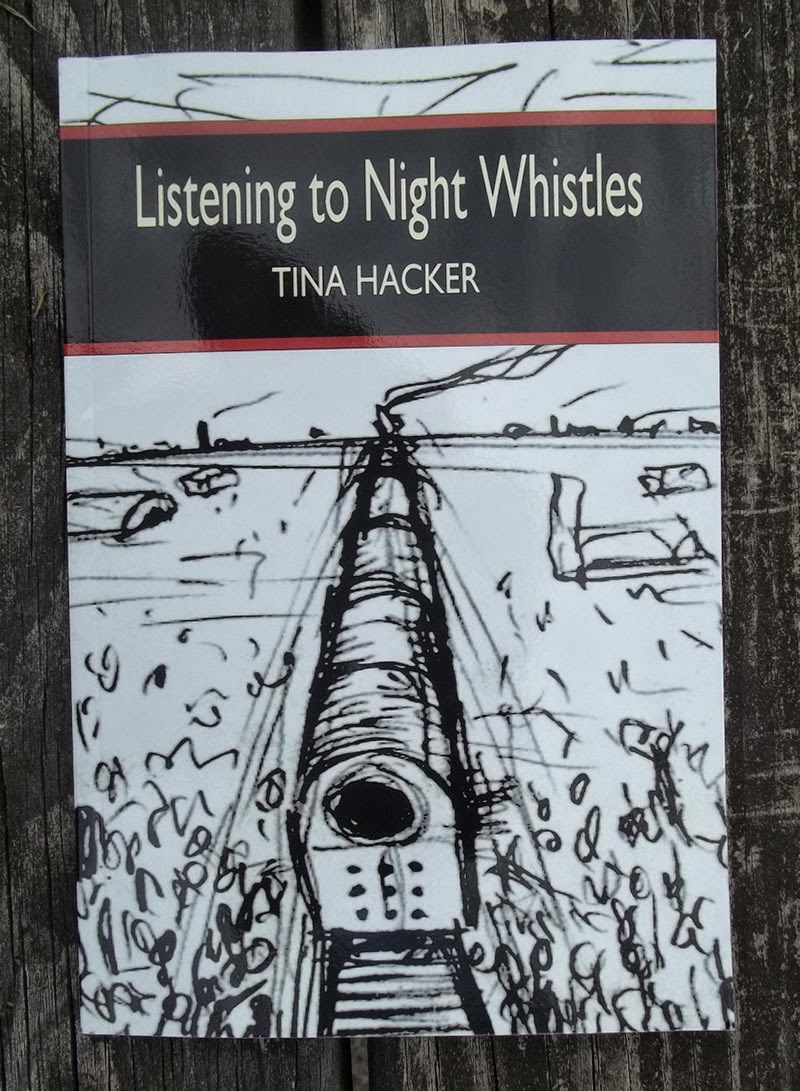 Posted by William T. Ayton at 5:30 AM No comments:

Head in Green and Red

I suppose this was basically an exercise in using the 2 colors (plus white) to see what could be done...came out reasonably well, I think. 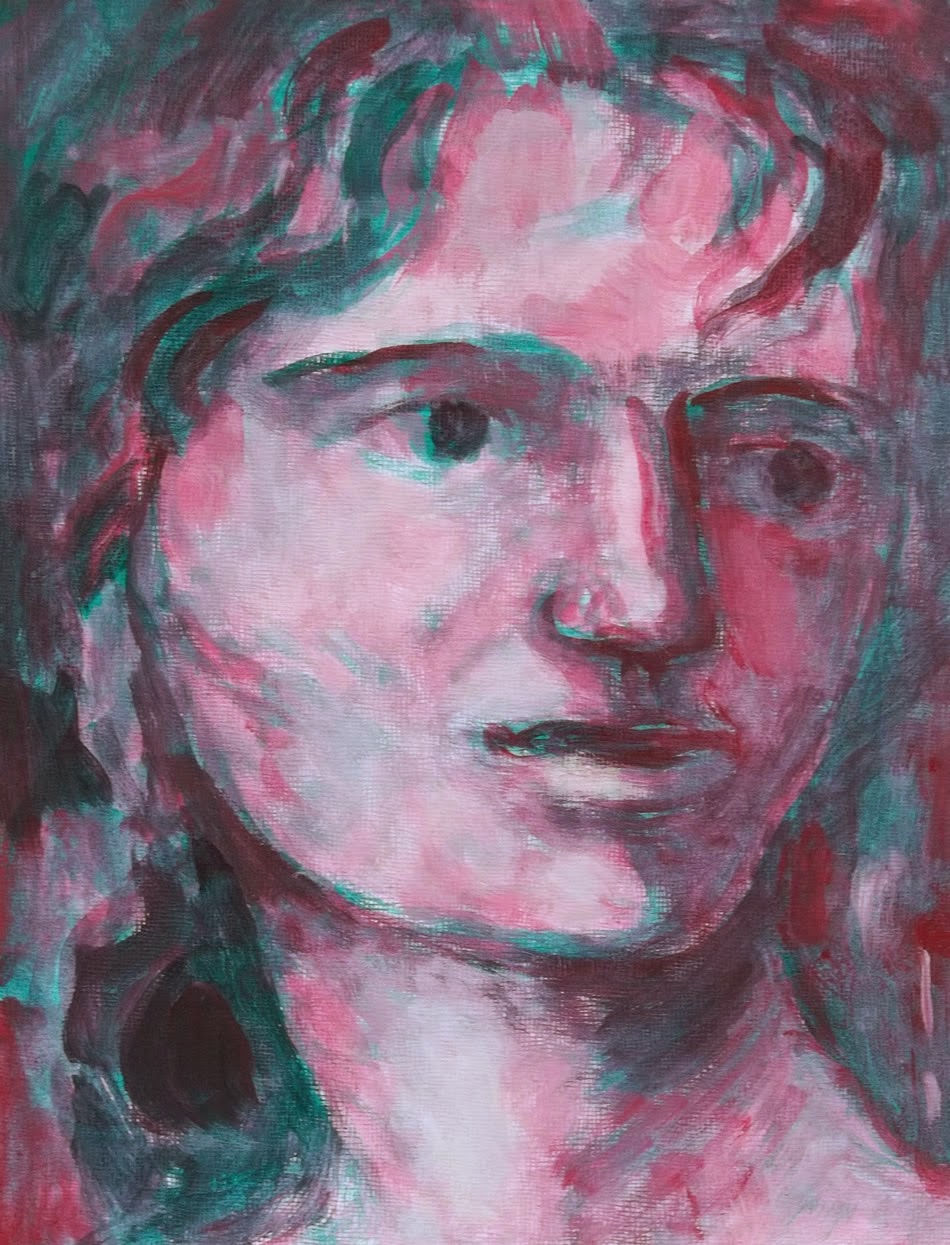 This is a quite rare example of my edging toward abstraction. 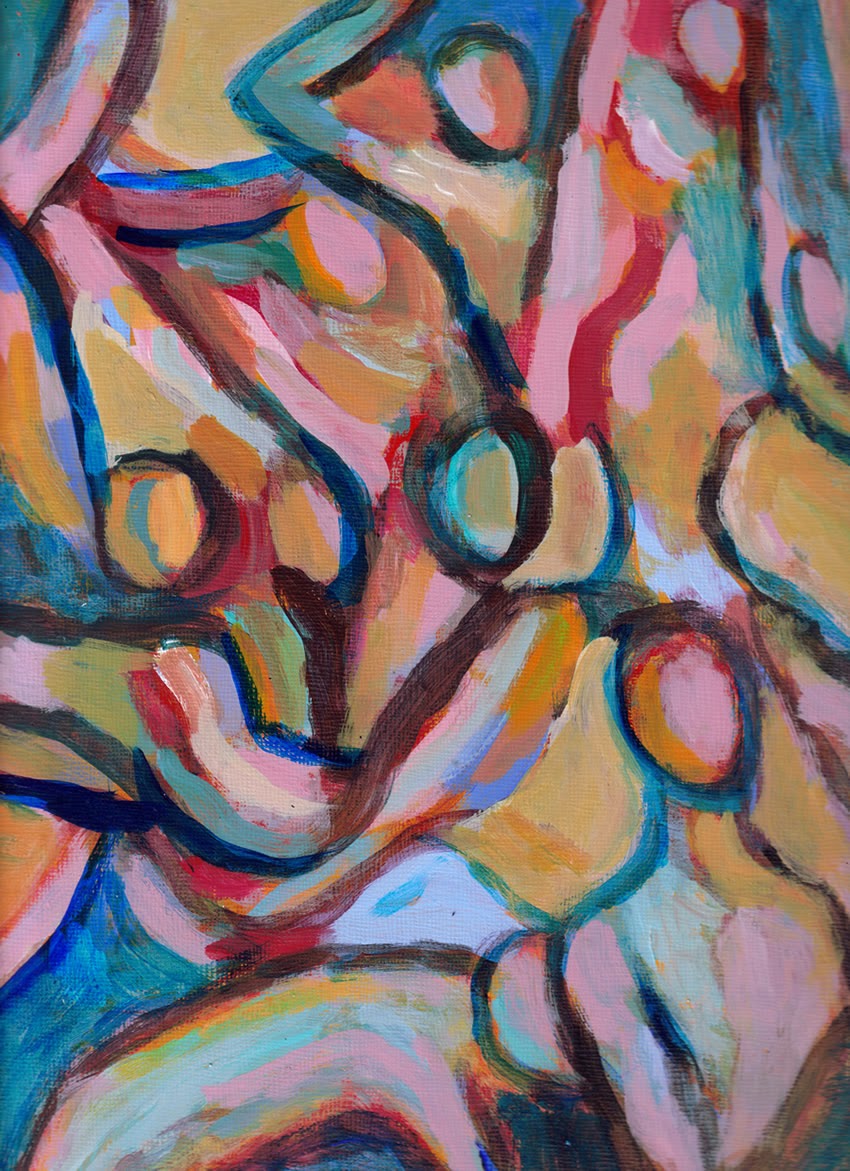 While the Light Starts to Fade 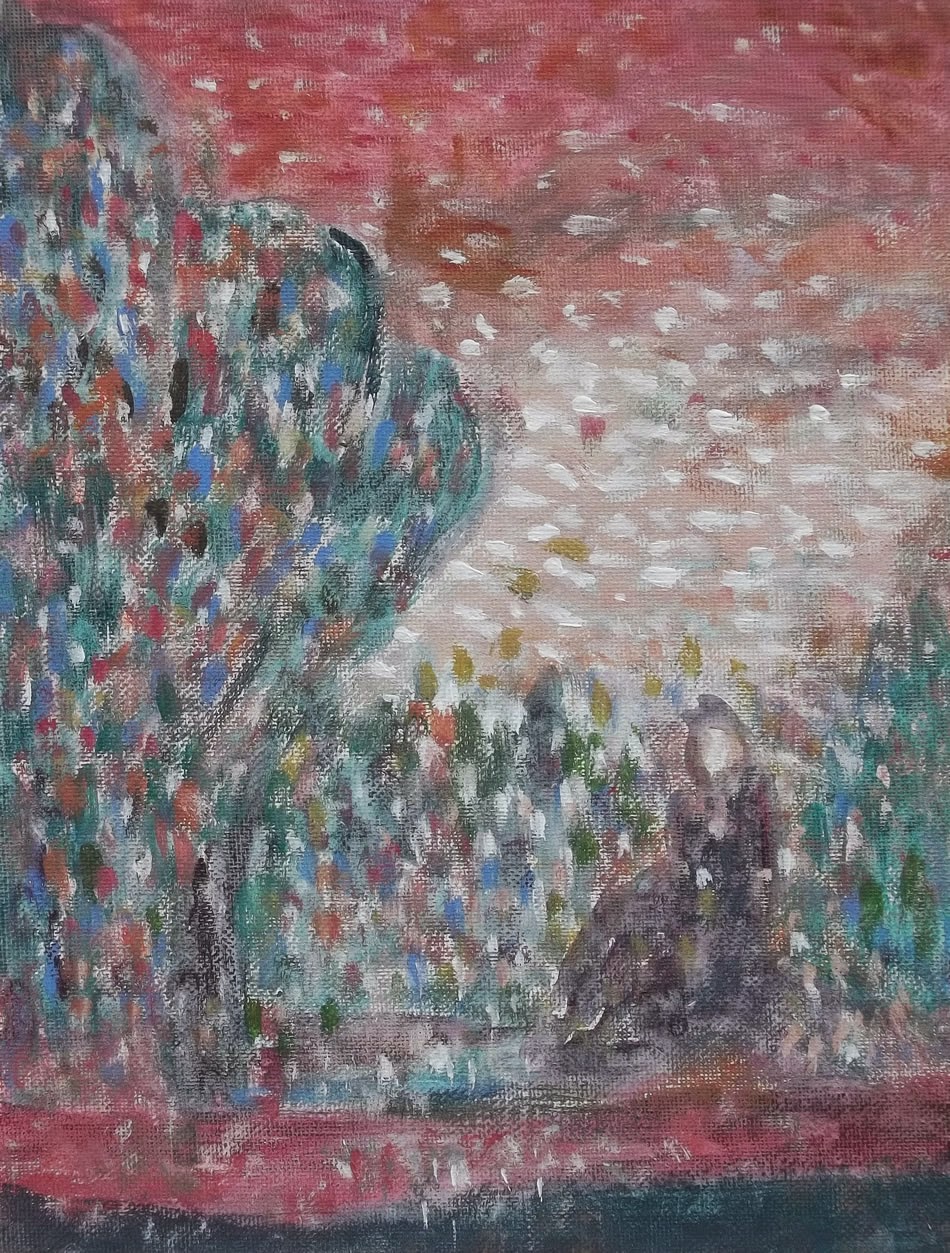 The Woman From Over The Sea 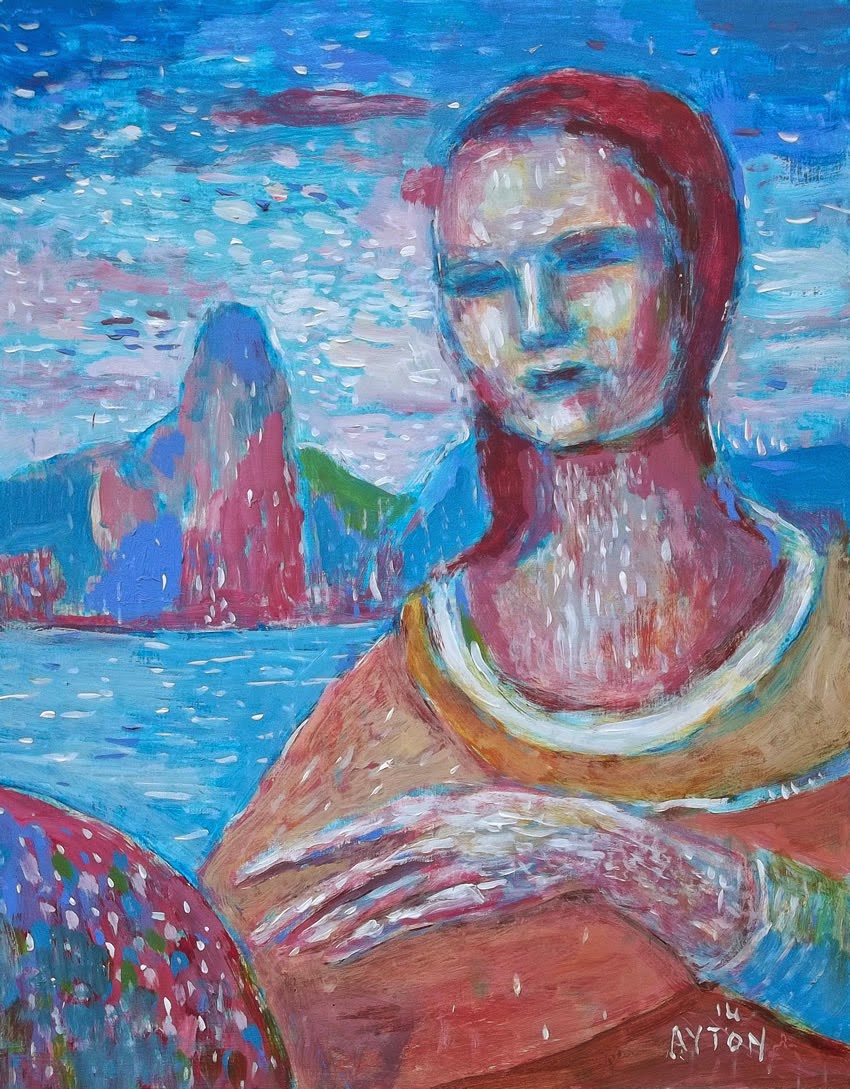 This is basically an homage to Odilon Redon, an old favorite of mine. 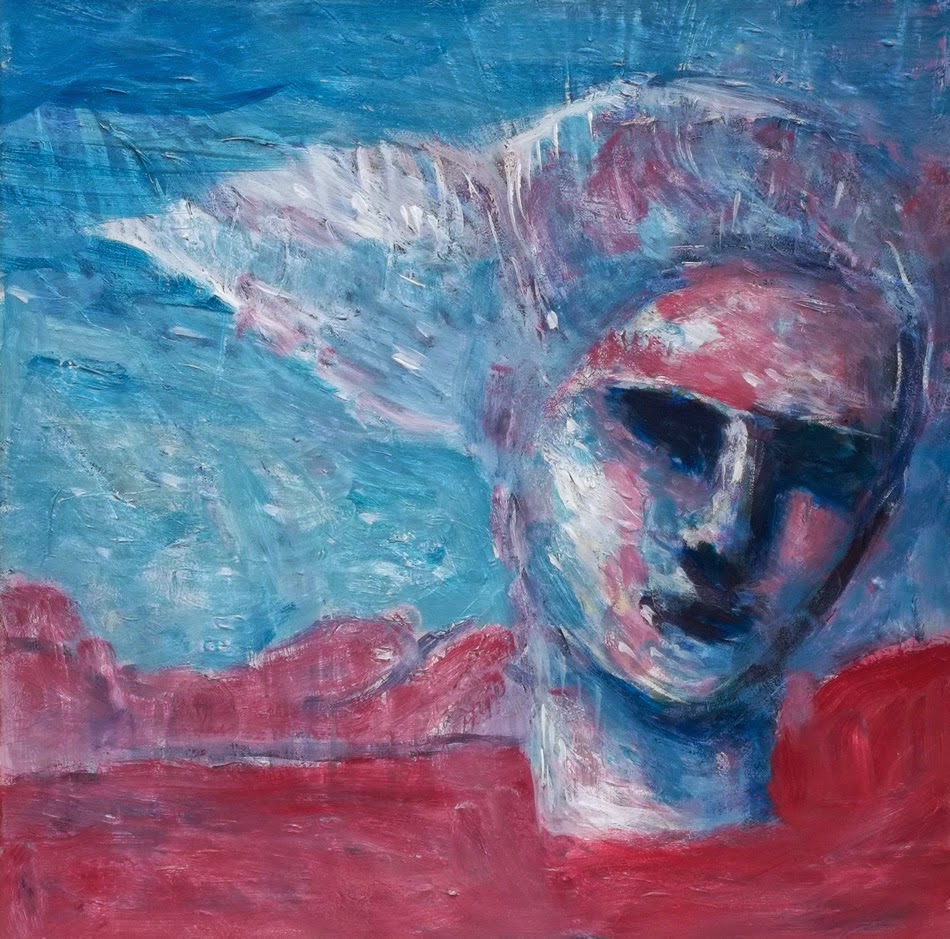 A painting of a giant submerged head of a colossus, possibly inspired by the fate of the Colossus of Rhodes. 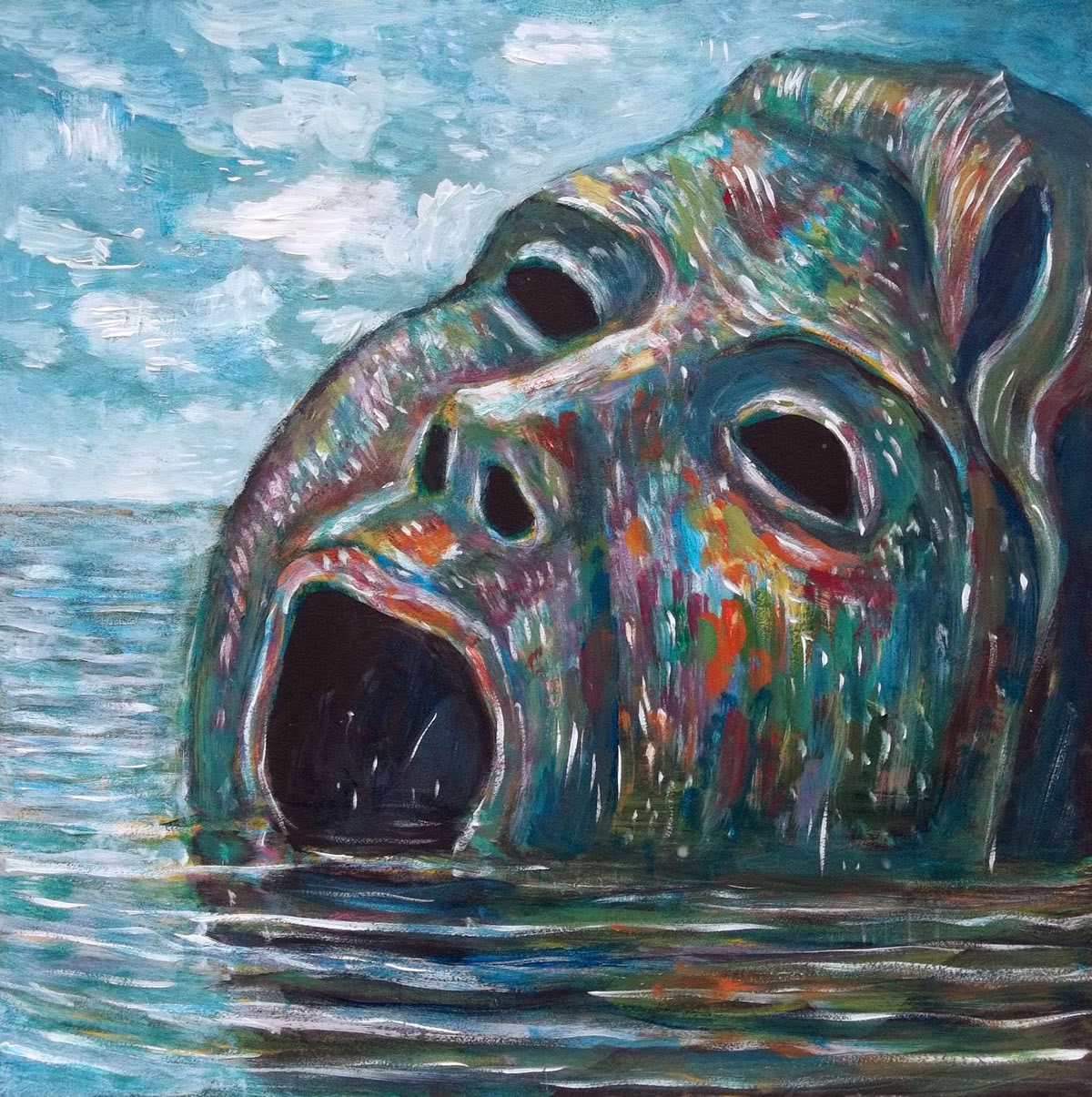