Drawing of a Woman's Head

I haven't done much drawing recently, having been painting intensively...but here is a doodle of a head that I did this morning with a biro. 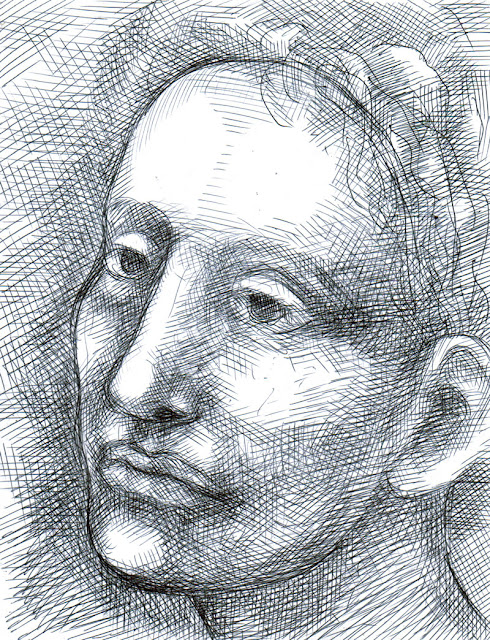 The Old Sailor on the Sea of Time

Another tondo, this one monochrome. This has an unfinished feel to it, a little raw, but I like that sometimes & it may stay as is... 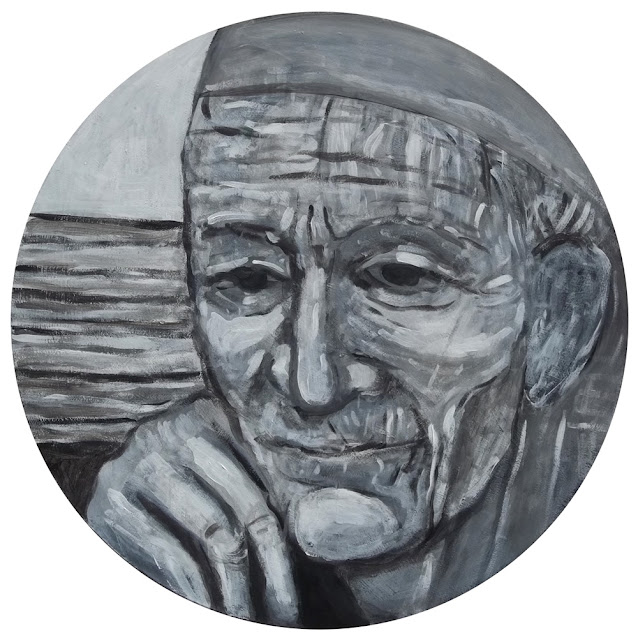 My daugher Lizzie used her iPad with the 360 app to create this panoramic image of my studio in its current state (about to be cleaned up & arranged for an open studio event..this is the "before" photo)

As you can see, the program is not perfect as it leaves holes & some items are "ghosted", appearing several times. Still it is quite impressive, even more so in the interactive web version, which you can see here.
Posted by William T. Ayton at 5:04 PM No comments:

The Spires of Heaven

Continuing on the mystical & visionary modality I've been working in recently, here is an image I've been intending to create for a while, of a glimpse of Heaven in the clouds: 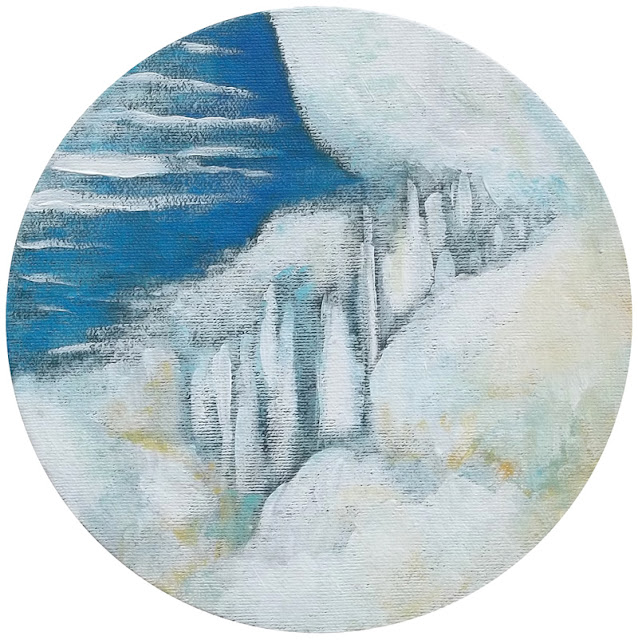 A small circular painting (tondo) of an angel. 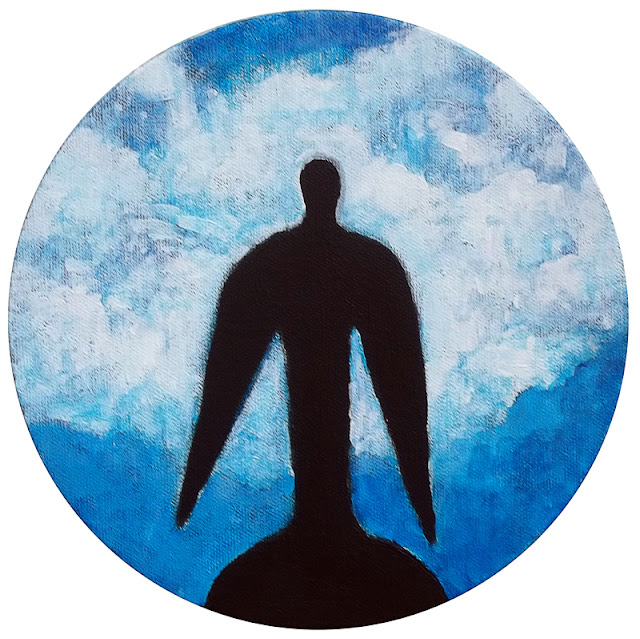 Your Guardian Angel, 2012, acrylic on circular canvas, 8" diameter.
Posted by William T. Ayton at 7:31 AM No comments:

I just found a new review of Shadow Bay (noir visual crime novel collaboration with my friend & fellow Rhinebeck resident, Donald J. Rothschild) in the latest Poughkeepsie Journal weekend edition (Life section, August 5, 2012). I got a copy of the newspaper & scanned in the short article.

I didn't know this before, but the Poughkeepsie Journal is the third oldest newspaper in the US, & the oldest in NY state, according to Wikipedia.

As it's a short review, I'm copying the whole text here:


Combining classic themes of lust, murder and betrayal, Rothschild tells a story of what happens when morality is compromised for money, as complemented by Ayton’s artwork.


Rothschild is also a screenwriter and playwright. “Shadow Bay” is based on his play of the same name. He lives in Rhinebeck with his wife and two sons.


Ayton is an internationally exhibited artist who has illustrated other works as well. He also lives in Rhinebeck with his wife and three children.


— Journal staff
Posted by William T. Ayton at 9:40 AM No comments:

A photograph taken this morning of Dreamtime on my studio wall. The image in the previous post was a composite of 3 individual photos put together in Photoshop. This is a more accurate representation of how the panels flow together. 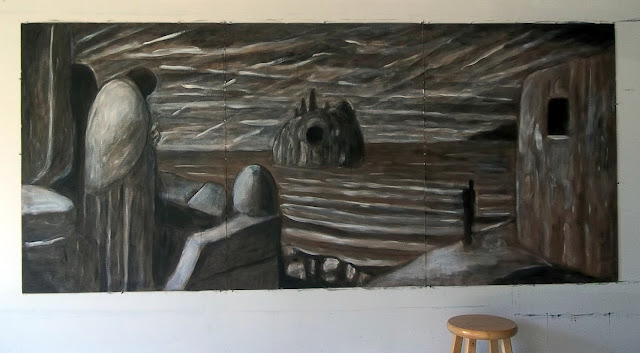 This is another multi-panel painting of a visionary / mystical nature:

All I Want is Silence

Another monochrome painting of a mystical nature. 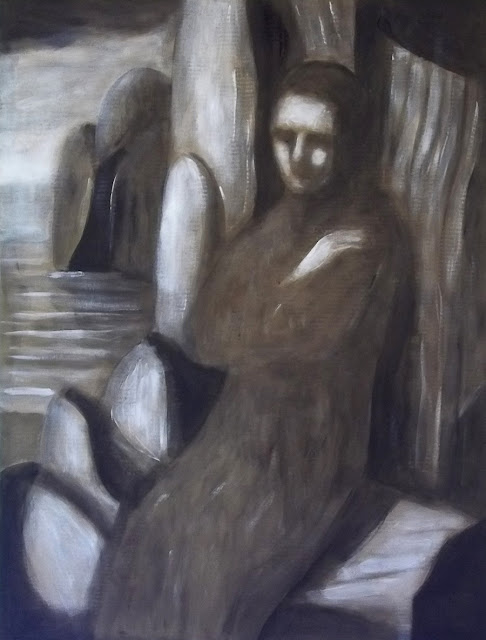 A new angel painting on cardboard: