A Sketch of a Man's Head

A little more than a doodle: 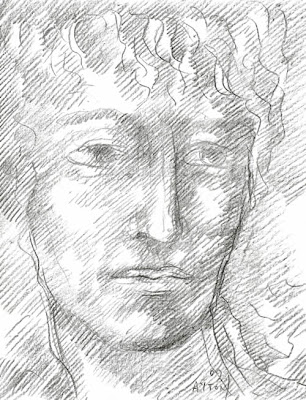 Shadow Bay chapter 10 is up

After a brief Thanksgiving interlude to slow us down, Shadow Bay chapter 10 is now up on the blog site. 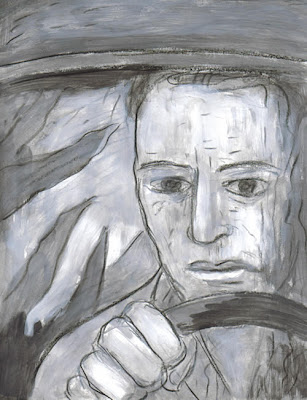 Posted by William T. Ayton at 1:10 PM No comments:

Which must mean that Shadow Bay chapter 10 is under way... 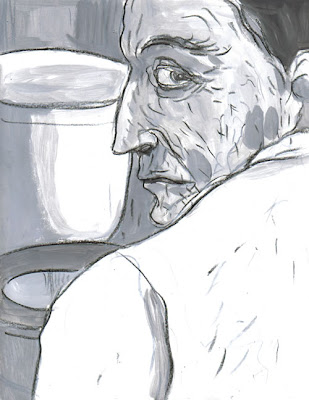 This is a bit of a departure for me — I just did this smallish painting for the annual Rhinebeck Sinterklaas (old Dutch version of Santa Claus) Festival. They invited me to donate something for the art auction, so here is my version. I think it came out pretty well. I think it's finished, but I might do some more work on it. 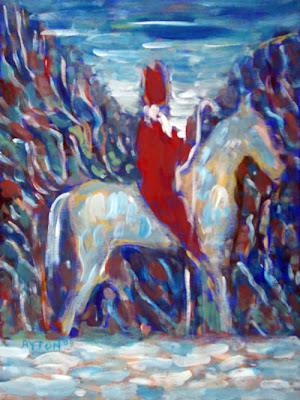 Another image from the soon-forthcoming chapter 9 of Shadow Bay. Maybe tomorrow... 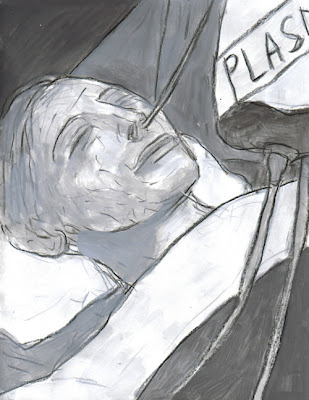 I could use a drink right about now...

Chapter 9 of Shadow Bay is going quite well. Should be up in a day or so. Here's a picture: 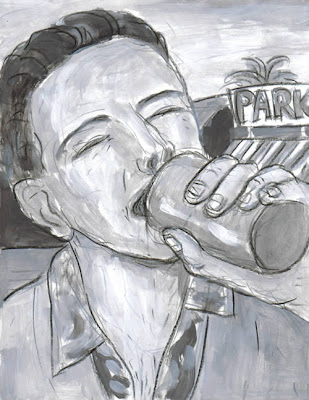 Posted by William T. Ayton at 2:29 PM No comments:

The rough drawings for Shadow Bay chapter 9 are now done. Today, I hope, I shall start painting them in & finishing them. I'll post one or two here. 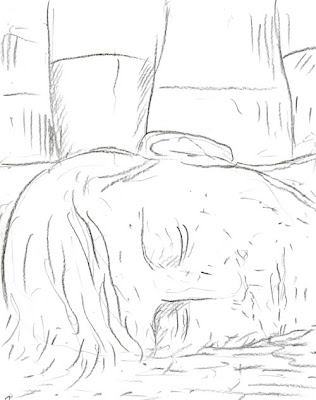 After a hiatus of sorts, I'm back working on Shadow Bay. Here's a rough sketch (to be painted & refined) from chapter 9: 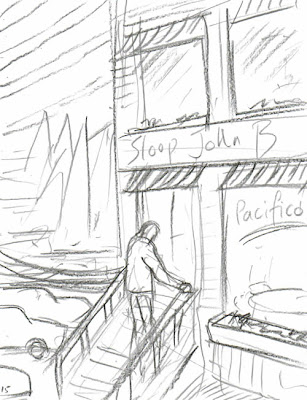 If I can keep up the momentum, the chapter should be up in a few days...
Posted by William T. Ayton at 6:15 AM No comments:

Here is the finished version of the drawing in the post below: 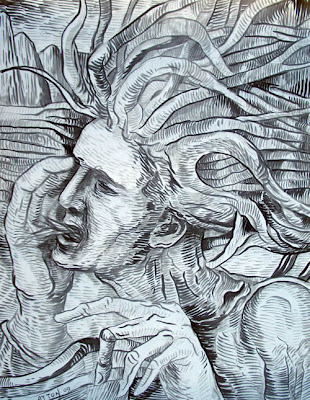 Mostly, I darkened several areas & worked into them a bit more. I could probably continue, but I feel that it's done & enough is enough.
Posted by William T. Ayton at 7:09 AM No comments:

Fall of the Tree Man

As it is now Fall (the leaf blower guys were out this morning) & I'm in Tree Man mode (see the previous post), here is a new drawing: 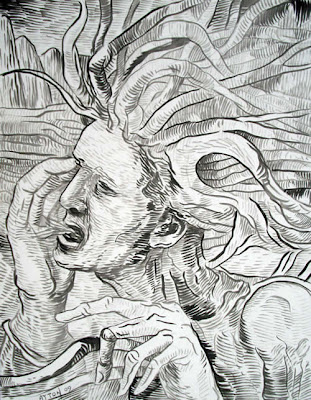 Another sketch of the Tree Man

Here is a drawing (sketch, I guess) that I did yesterday & put on my other blog (the one that focuses more on older work), but I thought I'd also put it here. It's another version of my tree man theme, which probably comes from Hieronymus Bosch's tree man in the Garden of Earthly Delights right-hand "Hell" panel, that I used to see when I would visit the Prado. 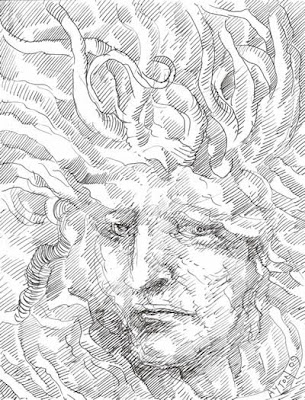 Sketch of a Head with Eyes Raised

I was just fooling around with a Faber-Castell Pitt artist pen (or so it says on the pen barrel) & did this little drawing of a head at the dining table while my kids were doing their homework...came out quite well for a sketch. Maybe it'll become a painting or something sometime. 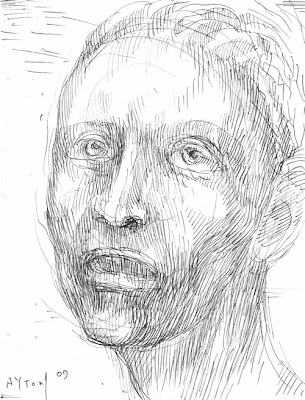 For anyone interested, I'm mentioned in the UK-based online magazine for creative types, Magnus.

Here is the link: http://magnusmag.com/WilliamTAyton/

There is a small gallery of images, a Q&A interview & artist's statement. It's an interesting magazine.
Posted by William T. Ayton at 3:04 PM No comments:

An Ayton Artwork a Day -- Message

The Ayton Artwork a Day blog is now gone. I'm going to be putting up a page on my web site soon with a selection of images from that blog, which will still be available, but at regular prices. Here is one of my favorite pieces from the series: 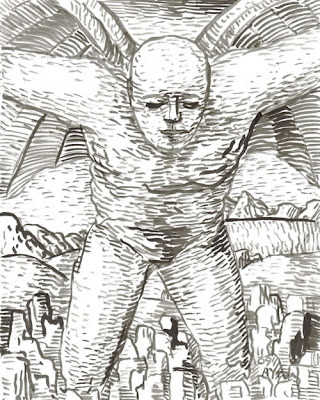 Here is the finished version of the painting in the somewhat blurry, underexposed photo in the post below (in fact, it was so blurry that I just deleted it): 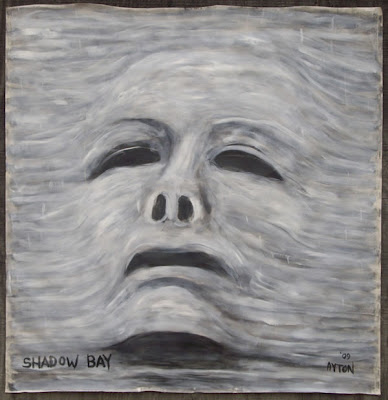 Done as a promotional piece of sorts, for my upcoming open studio on Saturday.

The link to the Shadow Bay blog: shadowbaynoir.blogspot.com
Posted by William T. Ayton at 6:51 AM No comments:

After taking the photos in the post below, I've decided to switch out the large monochrome "Wasteland" painting (from the Black Paintings series) with the one below, "The Coming Storm." I may change it yet again before Saturday, of course... 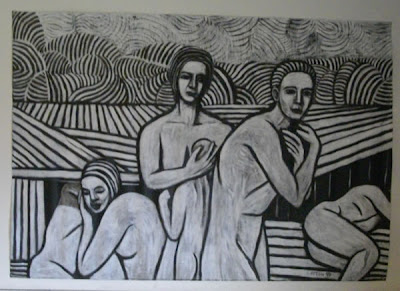 Virtual Tour of my Studio

I spent most of today organizing my studio for a small event on Saturday -- a little cocktail party/open studio for some friends. The studio is almost ready -- I want to do one new piece to round it off (I'll post that in a day or so, I hope), but here are some flash photos I just took in the studio, to give you an idea of the layout & what is on the walls right now -- basically, a selection of work both old & new... 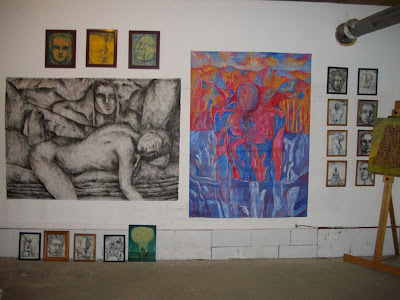 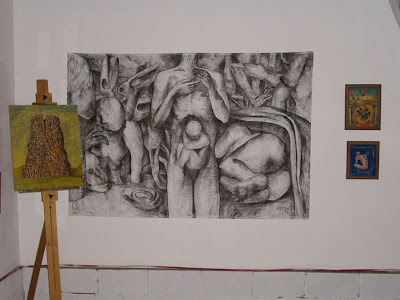 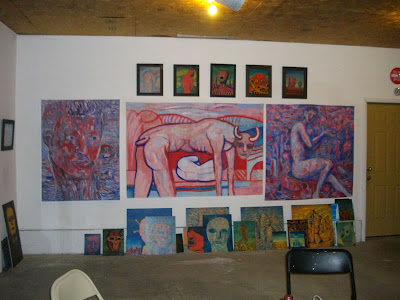 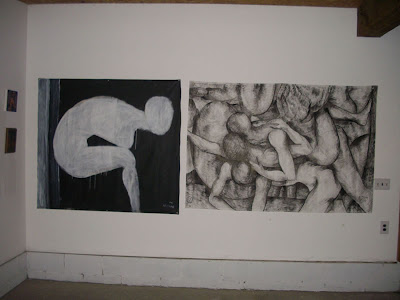 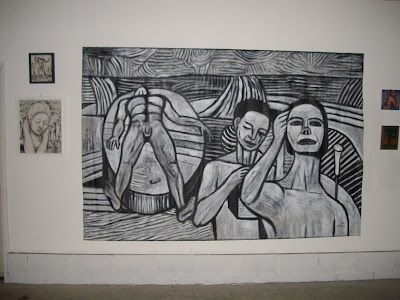 Main image: The Wasteland from The Black Paintings, 1999. 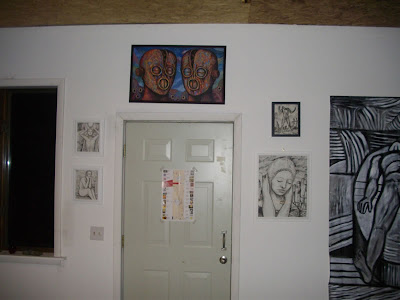 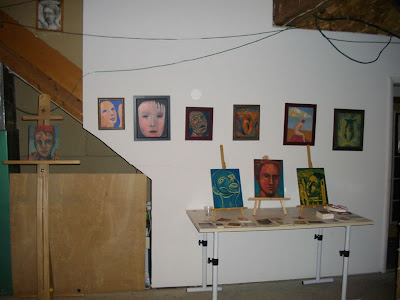 Various small paintings. [note: I seem to have photographed an "orb" above the 3rd painting from the left on the wall -- I assume it's just a speck of dust caught in the flash...] 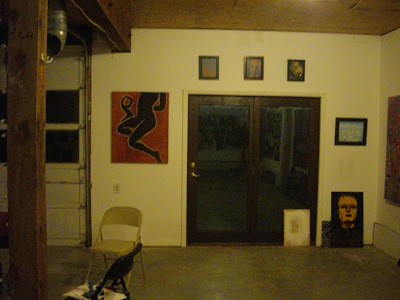 The painting to the left of the French doors is Woman & Object, 1994. The flash didn't work properly here. 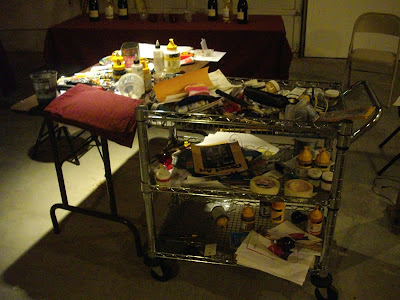 I apologize that the quality of the photos is not wonderful, but hope that they are interesting from a documentary viewpoint. If you click on the photos, you will see somewhat bigger versions.
Posted by William T. Ayton at 5:15 PM No comments:

With Head in Hands

It's been a few days since I put something new on this blog, so here is a sketch: