Angel Inside a Nuclear Holocaust

One possible ending for the Heaven and Hell series: 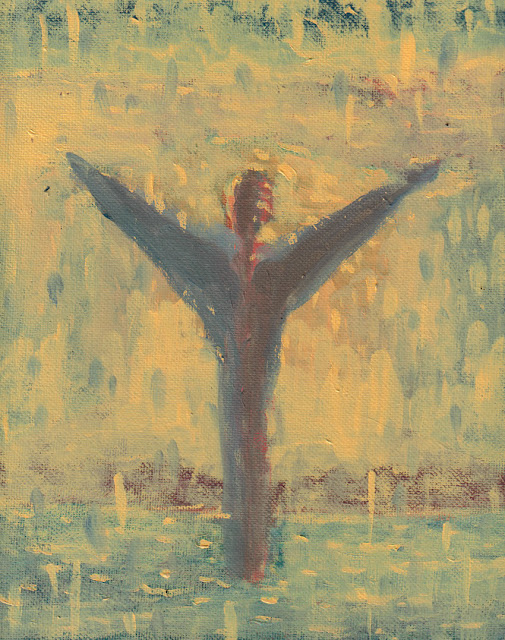 You can see the entire series thus far here.

Note: this is not intended in any way to be an anti-semitic image. The title references a "nuclear holocaust", which I believe is a common term not associated in any way with the Nazi Holocaust, which I have also depicted in my art (& not in favor of the fascist point of view). I hope that clears something up.
Posted by William T. Ayton at 3:58 AM