Just a note to say that my new blog on Tumblr, My Myths and Monsters now has 100 images, & I think I'll let it sit like that for a while. The idea was to upload my best & most iconic pieces there, if only so that I could look at them in one place (via the "Archive" feature, which is one of the best things about Tumblr, IMO).

I may add or subtract some more, but for now I'm done.

The other idea was to disseminate the images virally, by people "reblogging" them onto their own Tumblr blogs. This kind of thing tends to happen anyway, as I find my artworks on all kinds of blogs & web sites from time to time...at least this time I'm sort of controlling it (or allowing it to happen in a controlled way), & people have the option of tracking down who created the piece...

Below, the 100th image I uploaded onto the blog, "Beauty Under Pressure" from back in 1991. I just retitled it today (from simply "Beauty"). 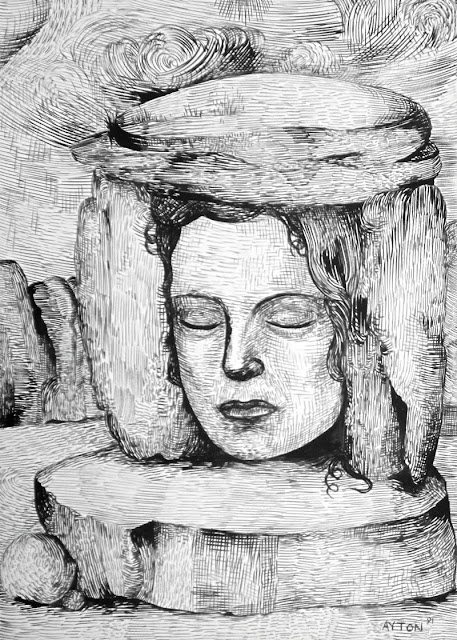