I recently became aware of a new art web site called Pictify. I have work on many Internet art sites, so many in fact, that in some cases I've forgotten what & where they are...

In this case, Pictify seems good in the sense that it's all about images, & seems to offer a good random selection of what has been uploaded. Often, art websites seem to favor individuals who have gamed the system, either by uploading a huge number of works, or by getting their friends & family to "like" their works, thereby gaining a better ranking.

On the negative side, it also suffers from allowing absolutely anyone, it appears, to upload their artwork. This, as usually happens, leads to all kinds of barely competent and badly photographed images (mediocre nudes & "erotica" seem quite popular) displayed alongside, say, Leonardo's "Vitruvian Man"...which tends to bring things down a few notches. The sublime and the awful, together at last (again).

So, we'll see. I'm aiming to upload my best images up to a total of around 100. Whether they will be lost in the vast haystack remains to be seen. Meanwhile, below is one of my artworks which can be viewed on the site: 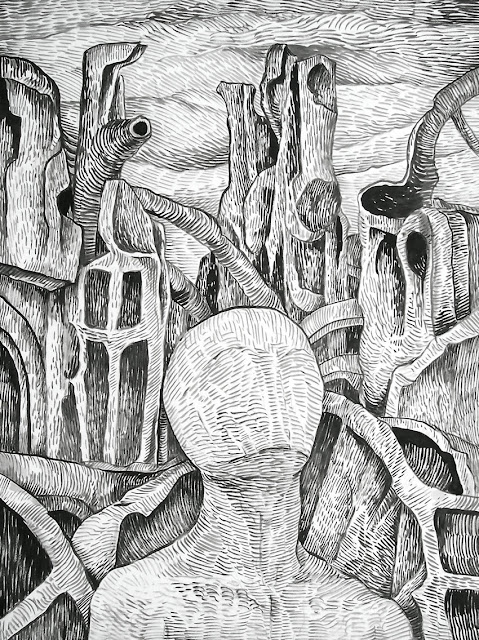 My Pictify portfolio can be seen at this link.
Posted by William T. Ayton at 6:10 AM