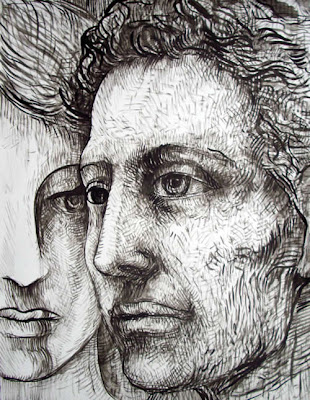 Again, this drawing has its flaws & is not exactly where I want it to be. Still, it's close. I could've called it "The Lovers", but that might have been verging on sentimentality. I prefer the woman's head, even though only half of it is there, it's suggested more effectively than the man's, I think.
Posted by William T. Ayton at 3:30 PM