The Book of Souls

This is a new project that I've vaguely hinted at in posts below. It's a collaboration with Chicago-based painter Tim Lowly (see his web site here.) In this case, he is digitally processing and enhancing drawings that I've made for the "book" (which will probably become some kind of a book, but that's not certain.) We're also using some of his photographs of "settings" -- landscapes and environments of various kinds -- to give the soul portraits some kind of context...it will all become clearer (including to ourselves, the artists) as the images progress and the interplay takes shape. Here are some of the early images: 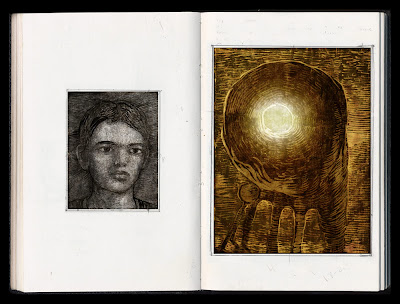 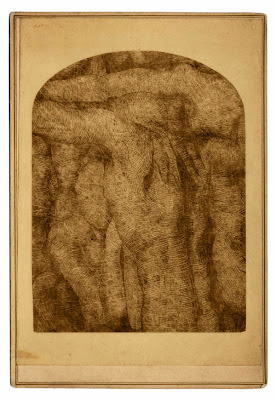 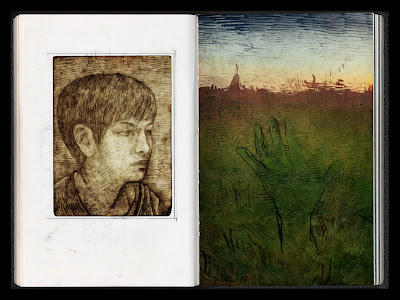 Elizabeth and the Graminoidal Soul, 2010.

Please click on the images for much larger versions (use the "back" button on your browser to return here.)

Tim's role in this is kind of like a record producer in relation to my role as "musician" -- though possibly much more creative than that. He is remixing & extending my work to create a new series of pieces that is part both of us, but also hopefully something completely new that neither of us would have imagined on our own.

James is my son, Elizabeth is my daughter, the second image is a "remix" of a 1992 drawing I did entitled "Cold Souls"...there shall be more...
Posted by William T. Ayton at 4:43 AM