Alone on the Island of the Dead 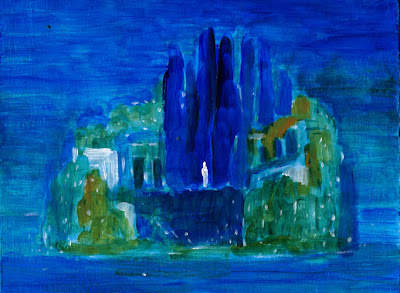 That should be enough to get the image out of my system. The colors are actually richer & darker than above, I scanned this on my scanner -- it might have been better to take a photo. I'll try that later when I get a chance...

This version is a simplified version of Arnold Böcklin's original painting of the Isle of the Dead. The main change to the composition has been to move the white-shrouded figure from the boat (removed) onto the island itself. I tried to keep as much of the atmosphere of the original as I could, though this is a much smaller & looser painting than Böcklin's versions.

I remembered the other day that the small painting below also contains a tiny version of Böcklin's Isle of the Dead: 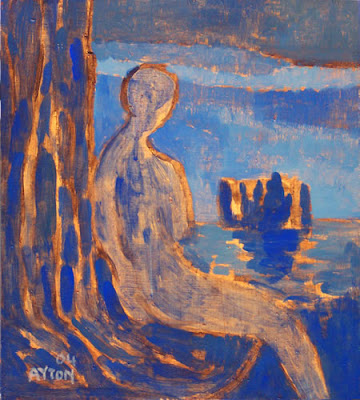